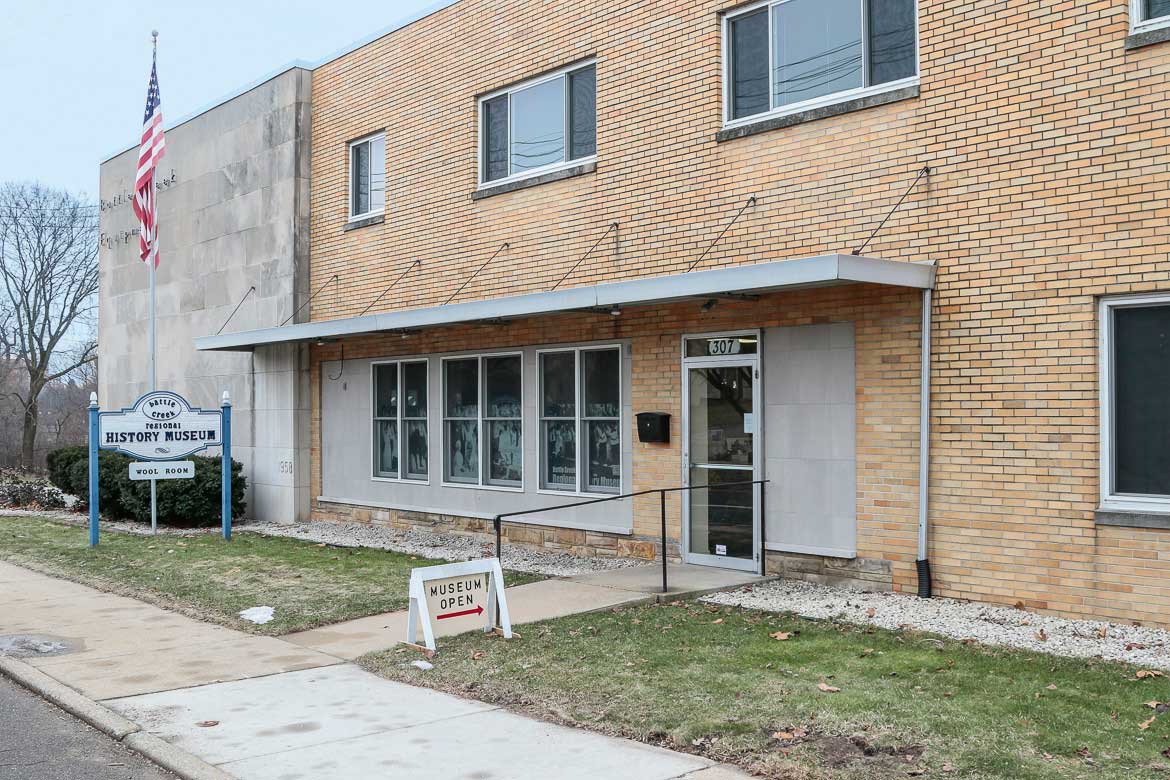 The Regional History Museum Battle Creek (RHM) was established in 2014 to preserve our area’s history. We intend to create a museum with exhibits that not only reflect our history but tells the stories of all our area’s cultures. We are a 501(c)(3) non-profit so your donations are tax deductible.

The museum is located at 307 W. Jackson Street, Battle Creek MI. The building has three floors with approximately 49,000 total square feet.. Phase 1 will use the first two floors with the goal of raising $174,000 dollars.

The museum hopes to establish a relationship with other area museums. Part of that relationship may be RHM providing storage space for other museums. The museum's board is also hopeful that the museum coalition will help strengthen the viability of all museums involved.

Governed by a Board of Directors, we have been in the process of developing this museum for over 10 years. At the present time we have open our “Museum Lite” space, the front room of the building, with small regional exhibits as well as a small gift shop and a wool room that help add support while we work on our larger space. Our main goal is to preserve the region’s rich and diverse history.

The Stone Tower, or cairn, located downtown in Monument Park served as the inspiration for the original RHM's logo, was built in the 1930s by local historian James Brown. Some of the stones were brought back to Battle Creek from several lengthy automobile tours in the 1920s. There's a long list of other artifacts sealed in the tower. There's a large gear wheel from the old Duplex plant's first printing press.

There's also a plaque from the USS MAINE, created with metal salvaged from the ship. Unsure of the USS MAINE's significance? Sounds like the subject of your next Google search!

When the cairn was built, the stone tower was so unique that it was featured in Ripley's Believe It or Not. The tower, or "Rock of Ages," as Ripley called it.

Brown also collected stones and objects related to Battle Creek's history. A stone dedicated to the memory of Sojourner Truth is mounted in the northwest corner of the monument.

Before he began construction in 1935, Brown carefully planned the layout of the tower. Part of his plan was to include wide participation by groups of young people. Local Boy Scouts and 4-H club members contributed their old jack knives to the tower. School children from around the city collected more than 3,000 pebbles and small stones which were buried in the tower base.

The museum's original logo, shown below, is a drawing by area historian/artist Kurt Thornton of the Stone Tower.

Would you like to know when we have an event at the museum?
Just signup below.

Preserving our past,
to give our history a future...